(Fact: I was still in high school when Arroyo was sworn in after Edsa 2 on Jan. 20, 2001 -- O DI BA ANO BAAAA. I have been working for already FIVE YEARS NA COMEONST.)

Funny how a year ago, Noynoy Aquino wasn't even on the RADAR for the 2010 elections. Curious how destiny plays out huh.

Here's Manolo Quezon's Notes on this inauguration. (I woke late and when I got to the office, Charice was already singing the Lupang Hinirang -- btw, good job Charice!) And if you missed Noynoy's Inaugural address, here's the full text on Inquirer.net.

ABS-CBNNews has also posted YouTube links for the video:

ANC says Aquino was interrupted by applause 23 times. I guess they didn't count the other shorter ones, because when I listened again, I counted 37 in all (including 18 applause breaks that lasted for at least 5 seconds -- me ganitong distinction haha adik.)

Anyway. He delivered the address in Filipino - straightforward, malinaw, hopeful pero realistic ("Simula naman ng kalbaryo ko.") Also - I will definitely be on the lookout for these wangwang things, Mr President. And also, for "No reconciliation without justice." I am all for new beginnings and for working together, so. Tara let's.
Posted by kate at 5:12 PM No comments:

Email ThisBlogThis!Share to TwitterShare to FacebookShare to Pinterest
Filed under: life, news, writings

Yesterday, I paid a visit to the dentist across the road because of a head-splitting toothache. I'd already had an inkling it had something to do with a previous tooth job that I had damaged and then conveniently forgot about (no pain, no attention = classic adult evaluation of things), not to mention the fact that I am unnaturally scared of dentists, even if they're dorky-hot like that one across the road. (This is, by the way, a "couple assessment" - meaning, the gf and I approve, LOL)

So, yeah.  I was in her clinic yesterday, because really, toothaches I can manage, but toothaches coupled with headaches? Not so much. The other day it hurt so bad I couldn't keep my eyes open in front of the monitor so I figured I better haul my ass to the dentist's before someone is left with no other recourse but a root canal (More painful than unrequited love, some of my sources say.)

When I got there, it was a newly rearranged office -- the last time I was there was a considerable time ago, and I really expected to be reprimanded for missing my scheduled visits (LOL still a twelve-year-old having her braces fixed when put inside a dentist clinic after all these years -- oh have I mentioned I had four of my molars taken out when I had to do braces when I was ten? Now you know.) but then when the doc walked in she was all smiles and saying, Well, don't you look familiar?

I was here a long time ago, I said, almost appending, You do remember my girlfriend? but held it back. Later that night, I told Andrea what I'd learned in that visit - the doctor didn't like math so much, so she entered dentistry, but she remembers being good in simple Algebra (an oxymoron LOL) and Trigonometry and Geom in high school; also she doesn't like reading fiction and pocket books, but she does like the Internet and Facebook (After I'd asked, So if you're not into reading that much, then what do you like to do then? Sports?)

Unfortunately, Andrea, for all her repeated visits, never spoke to her on a personal level AT ALL. WTF you make me seem so flirty in comparison, love.

Email ThisBlogThis!Share to TwitterShare to FacebookShare to Pinterest
Filed under: life, writings

I should tell you I am extremely pleased that I actually still manage to finish books nowadays. Even if they're depressing like whoa. 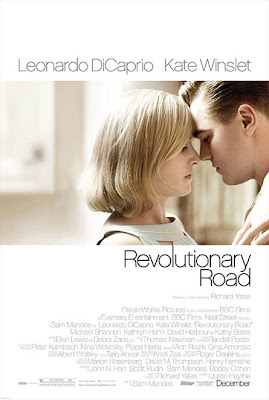 The truth is, I was warned that it was sad, as in Hang myself afterward-sad. And I just said, Perfect!

Email ThisBlogThis!Share to TwitterShare to FacebookShare to Pinterest
Filed under: books, writings

a mix of things 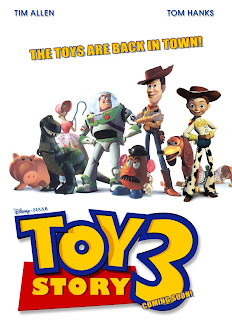 (Spoilers under cut, whatever) 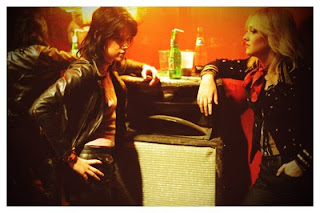 That this movie exists makes my pants ME very happy. So, um, yeah -- basics? It's Kristen Stewart as Joan Jett and Dakota Fanning as Cherie Currie. Need I say more? (See also: Total flail entry over at F'yeah!)

So. It's a movie about that trailblazing all-girl rock band, The Runaways. Chicks prancing around in their underwear playing guitar? Check. Chicks singing into the same microphone? Check. Chicks rocking it out like crazy? Check. Chicks licking coke off each other's palms inside plane bathrooms? CHECK OH MY GOD I FEEL SO OLD/DIRTY/BOTH.

Number of times I had to remind myself of Dakota's age throughout this film: 37985035. (Jesus, the girl is SIXTEEN YEARS OLD.)

I cannot think coherently, so I give you a picspam instead: 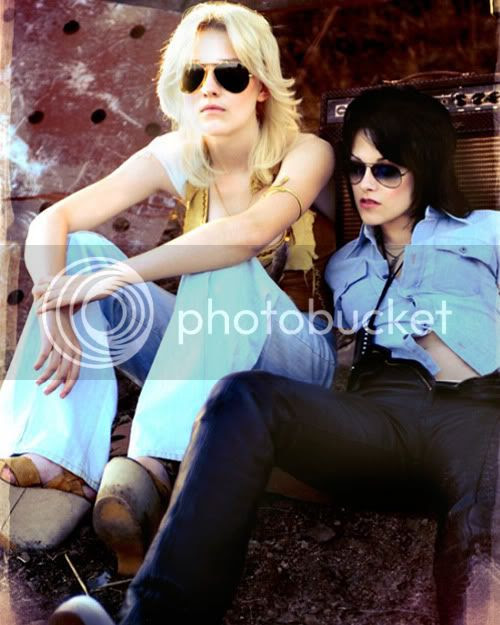 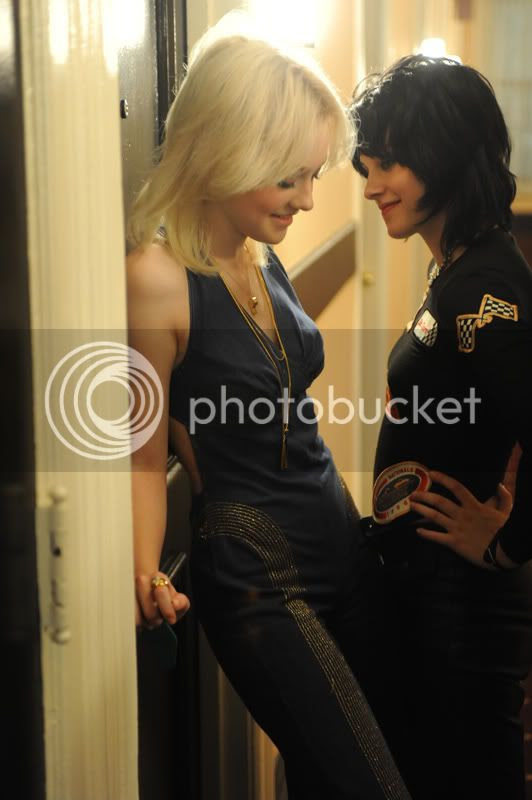 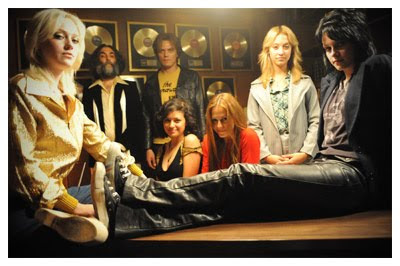 Hot chicks know how to rock. (Also, please do not look at me that way. Yes, the both of you.)
IN CONCLUSION:  SO. HAPPY. My pants are still on fire. SERIOUSLY.

Email ThisBlogThis!Share to TwitterShare to FacebookShare to Pinterest
Filed under: movies, photos, the runaways 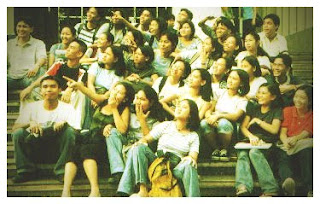 This was one of our first photographs. In 2001, no one had a digital camera, and CD writers were still this new in thing for them rich kids (namely, Alloy LOL) and this photo had to be taken by a point-and-shoot one with film. (Whose was that? Mine? Julie's? Hannah's? Kat M's, according to Almi, whose memory is still astounding LOL.)

I still have the formal version of this (A formal version! Like a class picture!) tacked to my old orange file case. The only things that changed about that panel of my file case were the class schedules posted around it. I think if I were to retrieve it now and open it, it would have mine and Julie's sched for the last semester of our college lives taped on opposite sides of that other block photo. How's that for thesis partnership/efficiency heh.

It was 2001 then, and it's 2010 now. On the surface, it's a simple switching of digits, (because I'm a dork like that) but we all know how much times have changed, yeah? New lives, new loves, new jobs, new babies, new girlfriends, new boyfriends, new husbands, new wives. Hell we even have a new president coming, something we haven't had in NINE YEARS. Isn't that something?

But yeah. Sometimes I miss waking up and going to class and having exams and having new classmates and retaking women's basketball as a non-credit PE just for the heck of it and hanging out under the skywalk in between classes and the baked mac at the CMC canteen and walking to AS because the Toki jeep takes too long and watching films at the Film Center (yes, that too, sometimes) and sitting by the Sunken Garden and getting grass stains on my shirt and smoking in the lagoon (yes, among other things) and smoking cheap Winston Lights (P1.25 lang!) outside the Music building while eating fishballs and waiting for the sun to set and going to those SONAs to rally (yes, that too) and getting lost while on field assignments and getting lost in the chatter with friends after, getting lost and getting tired and sleeping over and eating Tita Tes' nice food and eating one too many packs of pancit canton at Julie's and Cleng's mom's cooking and her good-looking dad, and Tagaytay at Jaycee's and ensaymada at Wendi's, etc, etc, etc. Insert Puerto Galera here, insert rappelling at Kampo Uno here, insert lantern parades here, and more here, here and here ---

But then again -- maybe I don't miss college that much, because college is more about the people than the place, and when I go to work these days, half my co-workers are old friends (the other half are lovely little sisters, hehe), and Julie and I still text a lot, some serious, most gago, and Jaycee's still sabaw on Twitter, and yeah, there's a whole lot of you on Twitter and when I open my EchoFon and I read something like "Legolas Cage" from Jaycee, or hear about Hannah's and Mhel's new adventures, it's like I never left the place, and I am glad, I am so glad to be able to take so much from that past life along with me into the new ones I enter.

Last month, I marked five years in my job. On the 22nd, Andrea and I are hitting 33 months (that's one-third of a hundred already, love! We're so close! LOL I love you.) It's been give or take two years since I stopped smoking, and I've been having less alcohol lately and even less caffeine. Sometimes, I smile to myself and think, Who is this person?

And then I opened my closet. Today, I was supposed to wear something that isn't a shirt or a pair of blue jeans and I found... um, next to nil. I have a trusty pair of slacks, a decent looking job interview-esque top, and I just found out this morning that I CANNOT LOCATE MY BOOTS. (Jesus. I need to have more adult-looking clothes and shoes, seriously.)

But yeah. Good to note there are things that haven't changed, alongside things that have. (But I'm still getting a new pair of boots one of these days. Hehe. Shoe shopping - How's that for a change? ;) )

The Inquirer's Outdoor Club went to Marinduque and they let the Read-Along team tag along to replicate the program there. (A quick word on replication -- The program is on its third year now (one hundred-seventeen sessions, and counting -- time flies, no?) and we're looking into opportunities to not only expose people to the usual read-along per se or just a one-off storytelling session, but to teach organizations how to conduct similar sustainable programs in their area -- that's what replication's all about. Hehe. Seryoso? ANYWAY.)

Preparation time was  rather short for such a big time operation, so to speak -- we were still reeling a bit in the aftermath of the elections and we were just given a little over a week to put things together, but eventually I was able to leave with the Alitaptap trainors Rich and Ray on Thursday night with the Outdoor Club. Actually, the first plan was to go to Marinduque by plane - only SeaAir and ZestAir had flights to Marinduque, but unfortunately we were unable to secure tickets for Rich and Ray, and this would prove to be a blessing later on.

Anyway. The 8-vehicle convoy of Mitsubishi AUVs, SUVs and sedans left the Inquirer office at 8 p.m. Rich, Ray and I rode on the sleekest silver Lancer EVER. We were hoping to catch the 12 midnight Ro-Ro to Marinduque at Lucena port, but unfortunately we missed it. (The route we had taken was traffic-free but apparently too long.) We were able to ride in the next trip, which left the port around 4 a.m. and arrived at the Santa Cruz port of Marinduque around 7 a.m. The Montenegro Ro-Ro had an aircon room and the TV there showed a Jeric Raval movie but I was too buzzed from the long drive to properly enjoy it.

(I totally had you at Jeric Raval. Cut for three days' worth of rambling.)